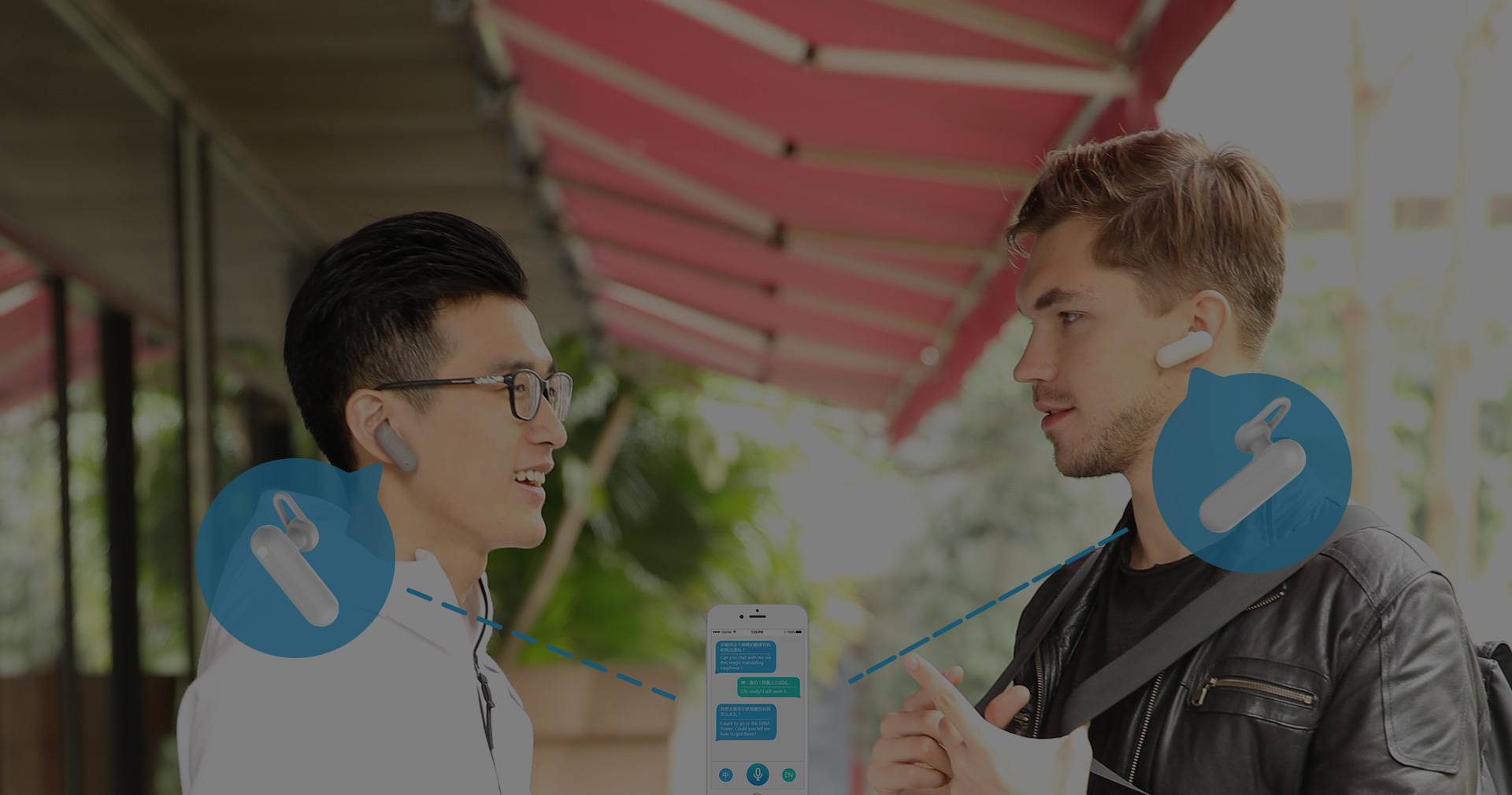 Teddy Seyed, Technologist, featured in video demo of earpiece that translates language in real-time.
Who needs the “Babel Fish” from the The Hitchhiker’s Guide to the Galaxy?

By Tim Collins via Mailonline

Communication problems while travelling abroad could become a thing of the past, thanks to an incredible new gadget.

Timekettle’s WT2 Bluetooth headset promises to translate conversations in near real time so that you’re never left lost in translation.

A Kickstarter campaign launching next month could help to bring the tool to mass market, although a price has yet to be revealed.

The WT2 comprises a pair of headsets which connect to an iOS app that conducts the translation work.

As soon as the charging case that holds the headsets is opened, they automatically pair with the iPhone or iPad.

As one person speaks, their sentence is sent through the headset to the smartphone.

It is then translated into the desired language and spoken into the earpiece worn by the second person.

There is a short delay of around three seconds, but the firm hopes to reduce this to as little as one second.

Currently, it can translate from Mandarin Chinese to English, but more languages are expected to be added.

On its website, TimeKettle said: ‘”Peel” the Charging Box, “Share” one with someone, the two translating earphones are with each other and the App via Dual Bluetooth. 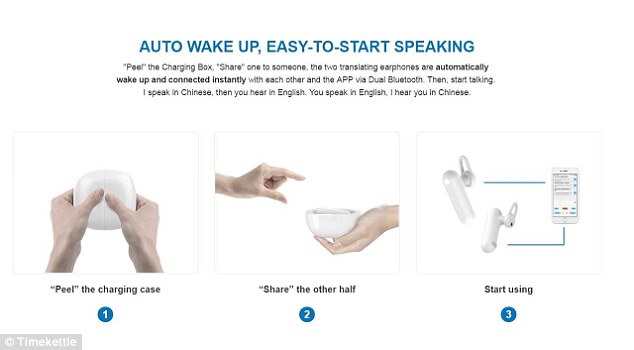 Futuristic devices that can allow translation of speech have long been the preserve of science fiction, from the universal translators of the Star Trek franchise to Douglas Adams’ babel fish in The Hitchikers Guide to the Galaxy.

And a number of companies have launched similar efforts in recent years.

One such firm is Lingmo International, a technology start-up based in West Gosford, Australia, which unveiled its One2One earpiece at the United Nations Artificial Intelligence for Good Summit in Geneva in June. 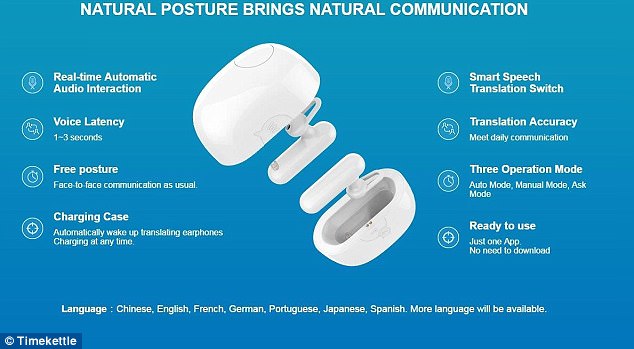 The incredible earpiece, which is powered by IBM Watson’s artificial intelligence system, will hit global markets next month

And unlike most translation devices, the One2One does not rely on either Bluetooth or Wi-Fi connectivity, which can often slow down the translation process.